Third-country nationals will only be given a cross-border commuter G-permit, if they have a permanent residence permit in a neighboring country. They also need to have had their residence in the neighboring country’s border zone for at least six months and fulfill the labor market requirements. G-permits are usually valid for one year, and are limited to the border zone of the issuing canton. Third-country border commuters require permission to change jobs or occupations.

This permit does not serve as evidence of the holder’s identity. 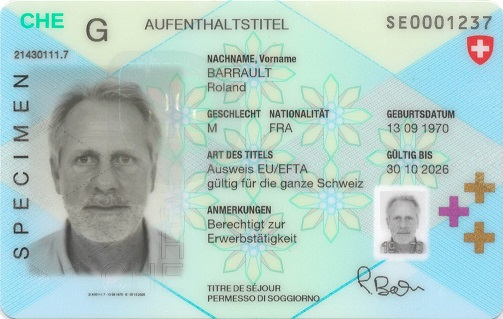